Teodora together with an American actor 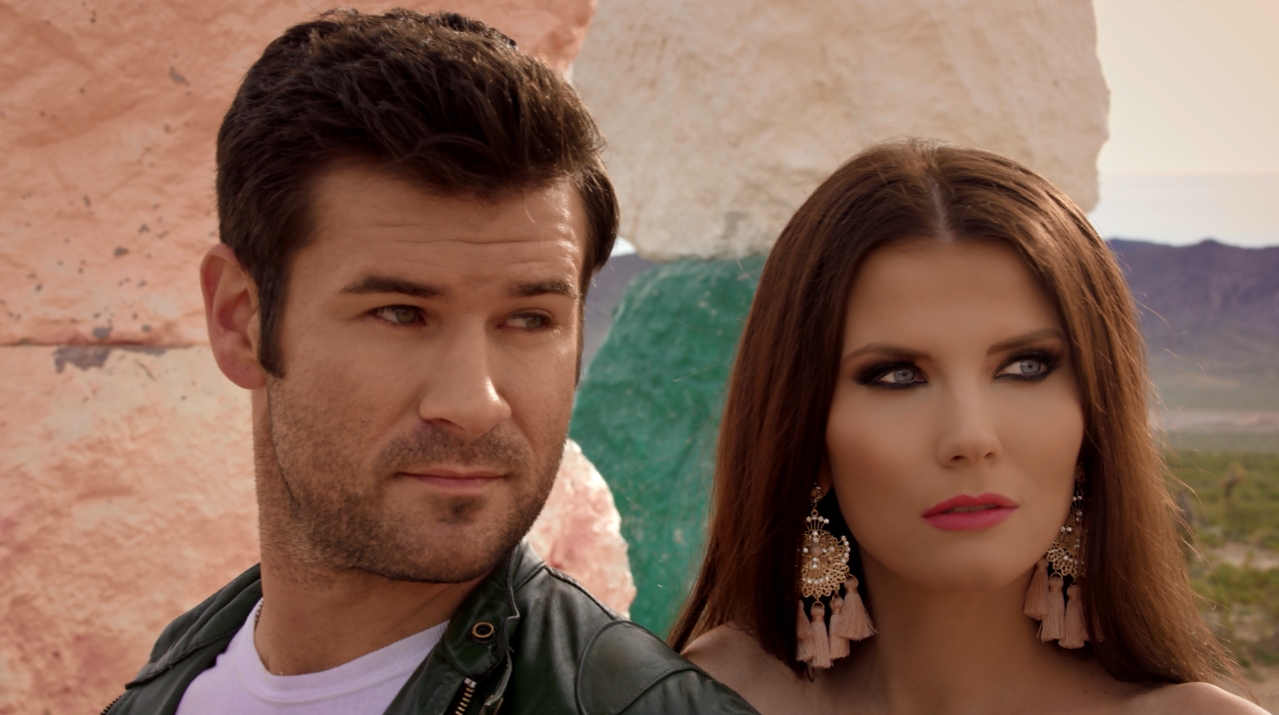 Teodora made her great comeback to the music scene earlier this year, but now she is now ready to present to her fans with a new project. As she promised, although she lives in the United States, she is actively working and doesn’t stop making surprises for the Bulgarian audience. The star of Diapason Records label is back on a ballad entitled “Strah Me E Ot Lyubovta”.

“I chose to film a ballad because these are my favorite songs, and especially this one touches me very much! I just love it!”, the singer said. For her new project, she once again worked with the composer Dido Kalpakov and the lyricist Yordan Gergov, with whom she worked on her previous song.

The video was filmed in Las Vegas – singer’s favourite city. This time, she relies on a video with a story, in which takes part one of the most famous actors in Las Vegas – Mark Justice.

The shooting process started at 5 o’clock in the morning as they wanted to catch the sunrise. Despite the low temperatures, the singer and the team stood for 18 hours. The first location they used was the 7 Magic Mountains – a famous tourist attraction. These are 7 large stones located in the middle of the Nevada desert, decorated in different colors. The second scene was shot in one of the luxury hotels in Las Vegas. The third location is in the heart of the cosmopolitan city. There, Teodora and Mark became a real attraction because they had to move among the crowd. “It was very interesting for us, and for everyone around. There were so many people that it was very difficult for us to move, and we also had to run.”, the artist said with a smile.

The singer changes 3 ladies in the video. Again she demonstrates stylish look with long dresses. Makeup and hair are made by Wendy Ryan Shelton.

Olena Z Films is the company that shot both of the videos of the singer in Las Vegas. “I would like to personally thank Olena Zernychenko, who is the director of the company and also of the whole team, who are extremely responsible people and above all amazing professionals. They work with them infinitely easy and enjoyable and definitely people who know what they are doing at any moment! “, said Teodora.