Edin Dervishalidovic known by his stage name Dino Merlin is Bosnian singer, composer and lyricist. He is considered as one of the best musicians of his country.

He was born on September 12th, 1962 in Sarajevo where he spent his childhood and graduated. In 1983 he founded the band named Merlin and he was its front man and also composer and lyricist. With the band he has recorded 5 studio albums.

His solo career he began in 1991 under the name Dino Merlin. He released 6 studio albums and 3 live albums.

Dino Merlin wrote a song called “Jedina si jedina” which became the national anthem of Bosnia and Herzegovina between 1992 and 1998.

He took part in Eurovision contest – two times as a performer in 1999 and in 2011 and times as a composer for other artists.

He also participated in other prestigious European festivals and made numerous concerts all over the world. His album “Sredinom” (2000) was the top-selling album of Bosnia and Herzegovina and was sold in hundreds of copies in all former Yugoslavian countries.

His next album “Burek” was released in 2004. It included 15 tracks among which distinguished “Burek”, Ako Nastavis Ovako”and of course the duet with Zheljko Joksimovic – “Supermen”.

The next Dino Merlin’s album “Izpocetka” was released in 2008.

His eleventh album “Hotel Nacional” was released in June 2014 and was featured on the top 10 on the Billboard World Albums list. From the CD distinguished songs “Skoljka”and “Ruza”. 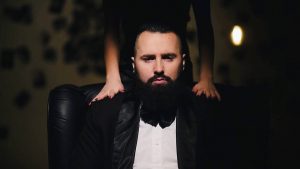 Jasmin Fazlić (born 16 October 1986), known by his stage name Jala Brat, is a Bosnian rapper and hip-hop recording artist, songwriter and producer. He is best known for collaborating with a Bosnian rapper, Buba Corelli and singer Maya Berovic. Jala also represented Bosnia and Herzegovina in the Eurovision Song Contest 2016 by co-writing […]

Maya Berovic was born 8 July 1987 in the village of Malesici, near Sarajevo, Bosnia and Herzegovina. She lost her father when she was three years old. Berovic family lived in Malesici until the end of the Bosnian War in 1995, alongside her mother and older brother; Maya relocated to Bratunac where her mother […]