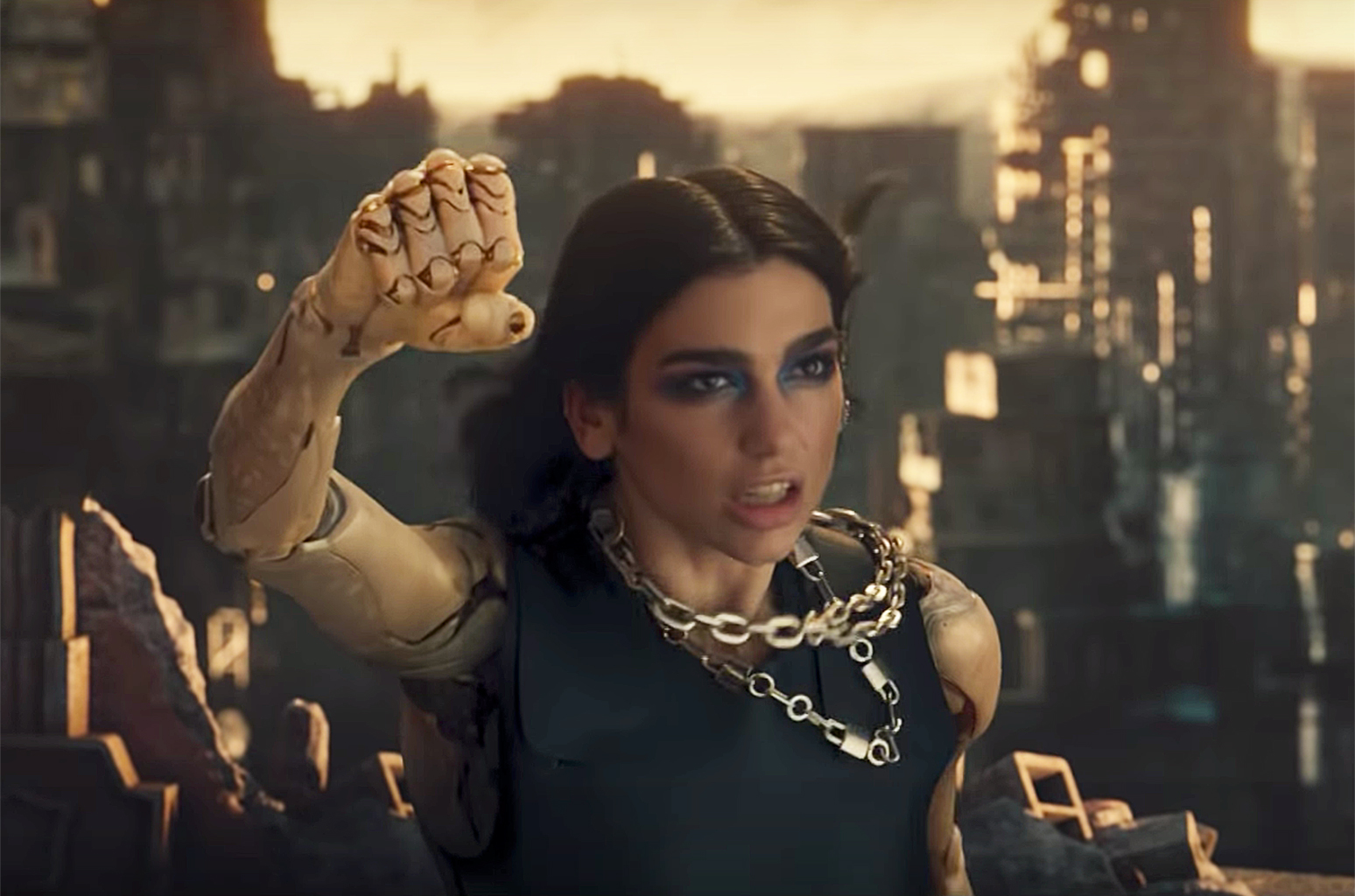 Dua Lipa presented her new single called “Swan Song”, which appears in the upcoming film “Alita: Battle Angel”. It is an epic action-adventure movie produced by James Cameron and Jon Landau and directed by Robert Rodriguez. The movie comes out in the theaters on February 5th.

The video, directed by Floria Sigismondi, places Dua Lipa on the hazardous streets of Iron City in the middle of Alita’s world. “While in the film Alita is quite literally on a journey to discover who she is, her story serves as a really powerful allegory for any girl who doesn’t yet know her own power. I wanted to play with that same profound notion by dropping Dua into a facet of Alita’s world and allowing Alita to serve as a surrogate that leads her on a journey to discover she’s stronger than she ever could have imagined.”, said the director.