Elena Risteska is a Macedonian recording artist. She represented North Macedonia in the Eurovision Song Contest 2006 in Athens with the song “Ninanajna”, and finished in 12th place.

Risteska was born in Skopje, North Macedonia on 27 April 1986. She showed an interest in the arts at an early age, inheriting her musical interest from her mother but also pursuing other hobbies and interests. In 1994, she joined the KUD “Koco Racin”, which was a club for folk dance and songs. Elena took part in school activities such as singing in the “Young Imitators” show and becoming a member of the drama club.

In 1996, Risteska made her television debut during the Mak-Karaoke Show performing the song “Flamingo” on the commercial channel A1. The same year she started studying the English and French languages. She started to sing in the school choir and went to Bulgaria for her first tour with the folk dance club. In 1998, she took part in many competitions and won many local, national, and international awards in drawing. In 2000, Risteska toured Bulgaria with the folk dance club again.

Following the great success of her debut album, she began promoting herself outside of North Macedonia. In 2004, she performed at the Golden Stag Festival in Brasov, Romania and in 2005 she performed “Ni na nebo, ni na zemja” at the Suncane Skale music festival in Herceg Novi, Montenegro. Her music video was broadcast on MTV Adria and her popularity continued to grow.

On 4 March 2006 Elena Risteska won the North Macedonia pre-selection contest for the Eurovision Song Contest with the song “Ninanajna”. The song was composed and produced by Darko Dimitrov, with lyrics by Rade Vrcakovski. The song is an uptempo, pop song which includes elements of R&B, disco and dance music. She made a video shot for the song together with the Macedonian production “Tomato”. In the video she was presented as shiny care girl that wants love. Risteska qualified for the final, and after spending most of the night on the edge of the top ten (which would guarantee automatic final qualification for North Macedonia in 2007), she eventually finished 12th with 56 points, her country’s highest finish ever until 2019 when Tamara Todevska came 7th with 305 points.

In July 2006, Elena performed “Ne Mogu” at the Suncane Skale festival where she placed 10th overall. Elena traveled to Yerevan, Armenia in September to perform as a guest in Armenia’s Eurovision 2006 representative Andre’s concert. She was well received by the audience, which was expected since her Eurovision song “Ninanajna” was a summer hit and a popular ringtone in Armenia. In October, Elena released a new single called “Esen Vo Mene”. The song was composed by Darko Dimitrov.

After her hits released over the previous year, Risteska’s second album, “192”, was released at the end of 2006. It contains “Ninanajna”, “Esen Vo Mene”, a Macedonian version of “Ne Mogu” and new material. 192 is the three-digit telephone number for the police in North Macedonia.

In 2007, Elena took part in Skopje Fest 2007, the national selection for the Eurovision Song Contest. Although she was not a performer this time, she wrote the lyrics for the song “Belo e se”, which was performed by Lambe Alabakoski and came in third place with 101 points. At the Eurovision Song Contest 2007, she delivered the results of the national televoting of North Macedonia during the final night.

Risteska participated in the Radijski Festival on 15 December 2007, performing the song “Kreveta dva”. It is the Serbian version of her song Ima li kraj. Elena finished in second place together with Karolina Gočeva. Elena won two awards, one for best interpretation and the other from Radio OSM Pale. At the end of 2007 she made her first Serbian language studio album, titled Milioner. It contained mostly the same songs from “192”, re-recorded in Serbian, with some exceptions.

In 2008, Risteska released her first English single, “Million Dollar Player” (the English version of the popular song “Milioner”), with a music video. The video is a production of “Corrino Media Group” with director Mike Static. Leroy Chambers, author of the lyrics, takes part in the video as her “Millionaire”.

After that, she returned to older projects. She shout a video for the song “Nekade Daleku” from the album “192”. Besides the Macedonian version, she shouted a video for the Serbian version of the same song called “Bye, Bye ” included in the album “Milioner”. Director of the video was Aleksandar Ristovski – Princ. In the middle time she made a new duet with “Parketi” called “Sakam Da Te Galam”.

On 19 December 2008, Risteska held her first solo concert in Skopje. It was staged at the Metropolis Arena and featured guests such as Lambe Alabakovski, Tuna, Parketi, and Regina.

In 2009, she released a video for her song “Usni Kako Temno Mastilo”. The same as her previous videos director was again Aleksandar Ristovski – Princ. On 3 November 2009 Elena released her single “Dosta” which is the first single from Elena’s fourth studio album.

On 14 March 2010 Elena released her second single of her fourth studio album named “Sakam Po Dobro Da Te Pamtam”. Later that year, Elena released her single “Srekna Nov Godina”. 2010 was the year of the fourth M2 Search For A Star which was the show that Elena was discovered in, but this time Elena had the role of a judge along with Ivo Jankoski, Darko Dimitrov and Vesna Petrusevska.The following year Elena was chosen as “Best Song in the Balkans from North Macedonia for 2010” with her hit single “Sakam Po Dobro Da Te Pamtam”.On 24 June 2011 Elena & Lambe Alabakovski released their second duet titled “Najdobro Do Sega”,a music video was later recorded for the song which had already become a summer hit single. Later that year in August, Risteska held a special concert in Ohrid, North Macedonia, she performed many traditional Macedonian songs and some of her past hits but with a traditional arrangement. In September 2012, she announced that her new single will called “Opasni Vreminja”. It was released in October with new video. She shot her new video in many different places such as Ohrid and other cities in North Macedonia.

In late 2014, she was a contestant of the second season of the Serbian version of “Your Face Sounds Familiar”. She was chosen by the public to participate in the finals. She placed as the runner-up in the finals as Beyoncé, singing “End of Time”. 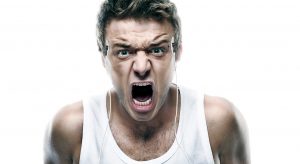 Marko Marinkovic, a.k.a. Slatkaristika was born on August 15th, 1986 in Skopje, Macedonia. At 11 years old for the first time he began writing, creating the poem “Ear ” which won a prize in a national competition. 2 years later hip hop culture comes as a continuation of his manuscript , and because of […]