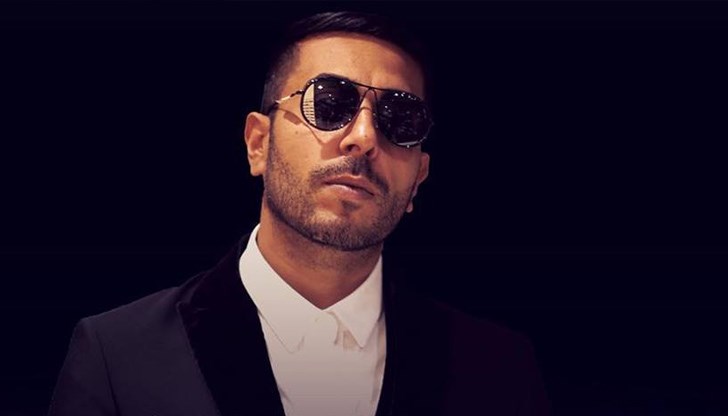 Yavor Yanakiev, better known as 100 Kila, is a Bulgarian rap and hip-hop artist and music producer from Varna.

Yavor Yanakiev was born into a poor family in Varna in 1983. When he was 13, his father left his family and his mother went to work in Greece in order to support him. He studied at the Vocational High School of Electrical Engineering and Construction in the town of Targovishte and finished 8th grade. After that, the school obviously could not keep his interest and he changed more than 12 schools up to 10th grade, including the Mechanical Technical School in the town of Targovishte and the Technical School of Shipbuilding and Shipping in the Asparuhovo district of Varna. During this time, Yavor worked in various professions to help support his family, most often as a salesman.

In the beginning, Yavor was known as Puff because of his resemblance to the American rap business legend Puff Daddy. His artistic pseudonym – 100 Kila comes from Varna jargon – when someone “feeds” or “orders” another to such an extent that the poet begins to feel a weight that feels like 100 Kila on his back. With him, Yavor started his music career in the former label of Misho Shamara – “R’nB Records”. Apart from being a rap artist, Kilata also performs as a DJ at the accelerating “black parties” in parallel with the “hip hop wave” that appeared for the second time. Always fun, fresh with well-selected music DJ 100 KILA is able to lift the mood of the audience and quickly becomes one of the best in the industry. This of course helps him feel what the entertaining people want and offers it to them directly with his first hit “In the Club”. He did this long before his colleague 50 Cent, who later exploded in the US market with a hit titled the same way. The publishers of Hip Hop Base recognize the talent and present it in one of the issues as the “hidden weapon of R’n B records”. Two more hammers follow – “Rhythm Bass” and “BOUNCE” and logically comes the release of his first album “Better nasty than hungry”. R’nB Records ceased to exist after one of the partners, Vanko 1, was convicted and imprisoned. Kilata works mainly as a DJ on the club stage and after a short lull in music production he returns with a hit – “Svivam, svivam”. He continues with another street hammer, “Koz, bira”, then “O-Ye” and “Minalo vreme”, which become part of his second album, entitled “Prehoda na prosveteniya”.

An explosion with “Lanets na vrata mi” and “Kradi, kradi” and another rap wave is present. Followed by “Tsyala nosht”, “Vinoven”, “SYSTEM” (to the soundtrack of the movie “Pistolet, kufar i 3 smardyashti varela”), “Moeto radio”, “Az sam 6” and “Chuzhdi grehove”, hits that naturally form the third studio album of 100 Kila – “ZLA10”.

Kilata conquers clubs and the Internet with unique behavior, energy and professionalism. He makes a “show” in the true sense of the word, develops the club scene and paves the way for other artists of this style. The rapper has fun while working, this is obvious to him and is one of the secrets of his success.

100 Kila raises the revs and releases: “Kaymaka”, “Slivenskiya kashkaval”, “Di Boss” and “Percy” with D DOUBBLE E. He parted ways with the company that distributes his products and founded his own label “Jabulah Entertainment”, through which of hits continues ”-“Dyavolskiyat grad””with Dicho,“ Refresh ” with NDOE, the patriotic “100 Gaydi ”, “4 xherveni luni ”- an experiment song with Tsvetelina Yaneva and “Gaz do dupka ”.

Stepping on such a volume of production, 100 KILA affirms a stable level and proves to be the most successful and hard-working rapper.

The producers of television projects noticed his success and in a struggle for a higher rating began to invite him. Following are the participations in the reality show “Kartitsata”, the TV series “Domashen arest” and “Stolichani v poveche” and others.

The keel also shines in the world of haute couture. He is the first Bulgarian rapper official representative of a world-famous clothing brand – in this case the record conquered the world “VERSACE”. In addition, he successfully creates and develops his own fashion line. He is part of the official Bulgarian fan organizations of “Manchester United” and “CADILLAC”. Actively participates in charitable causes related to the development of young people in Bulgaria. (Fees collected from interviews were donated to a school in his neighborhood in the city of Varna – Asparuhovo. It helped to send a group of promising young people to the Mathematical Olympiad, etc.).

He became a monster of the Bulgarian rap 100 Kila in parallel with his music, construction and production career. Performers such as Lora Karadzhova, Magi Dzhanavarova, Gery-Nikol, Bobo, Dicho from D2, Tsvetelina Yaneva and Nelly Rangelova are produced by him.

In terms of the music market, 100 Kila maintains a heavy category and holds a very serious trump card – a song with one of the biggest actors in the game – RICK ROSS, and soon in an interview the rap machine announced that it has finished products for the next 5 years so the story goes on and the interesting things are ahead…