Sergej Cetkovic is one of the most popular a Montenegrin singers.

He made his first contact with music when he was only seven years old. His first appearance was as a member of the youngest Montenegrin group at that time called Vatrena srca. He played piano and sang vocals. It was then when he felt the need to become a part of the professional musical life. He started his career as a singer in 1998 at the well known festival called Sunčane skale with the song „Bila si ruža“.

Two years after his solo debut, he published his first CD called „Kristina“ in December 2000. The CD was big success and young publishing company Goraton bought the copyrights from Pogorica’s Hi-Fi centre and reprinted the CD with new label and started to sell it in all territories of former Yugoslavia.

Two years after his first CD, he published his second CD called „Budi mi voda“ in December 2002 with 12 new songs. In 2003 he participated at Budvanski festival with the song „Postojim i ja“ which won the award for best arrangement. In 2005, Goraton published his The Best Of compilation.

After this, Sergej presented to the media his third CD called „Kad ti zatreba“ with 10 new songs. The most popular song from this last album is called „Pogledi u tami“.

In year 2007, he had an extremely successful tour throughout Serbia and Montenegro, which was completely sold out, and for every town, additional evenings had to be scheduled.

On November 19 th, 2013, Ćetković was chosen to represent Montenegro at the Eurovision Song Contest 2014 with the song „Moj svijet“. He passed the first semi-final and represented Montenegro in the final on the May 10th, which happened for the first time for Montenegro.

They were followed by a collaboration with Hauser from 2 Cellos named „Oci Nikad Ne Stare“. In the last day of the year he lunched „Istine i lazi“. 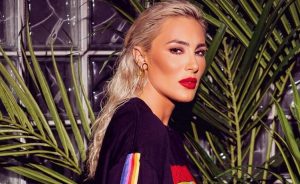