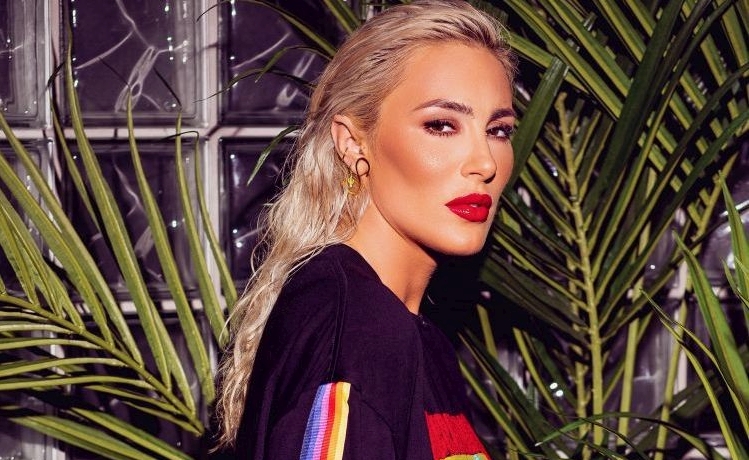 Senida Hajdarpasic was born 9 April 1985, known by her stage name Senidah. She was born in Ljubljana, Slovenia. Her parents are from Bijelo Polje, Montenegro and she lives between Ljubljana and Belgrade.

She is often dubbed “the Balkan Trap Diva” by the media.

Senidah attracted regional fame with the release of her single “Sladjana” in March 2018. The song was named “Hip-Hop/Rap Song of the Year” at 2019 Music Awards Ceremony. It was the lead single off her debut studio album “Bez Tebe”, released in March 2019 for the Belgrade-based label Bassivity Music. The album was followed by a string of commercially successful singles, including “Misici”, “Kamikaza”, “100%” and “Dodji”.

Senidah’s singing talent was discovered by her sister, who would record her singing and post it on the internet.

In February 2011, Senidah released her debut R&B-influenced single “Pustinjom”, but soon after joined electro soul-pop band MUFF as the lead singer.Their first single “Naj sije v oceh” was awarded the song of the year in Slovenia. In March 2014, MUFF took part in the preselection contest for Slovenia’s representative at the 2014 Eurovision Song Contest with “Let Me Be (Myself)”, finishing as the runner-ups to Tinkara Kovac and “Round and Round”. Their debut eponymous album, released in November, was then declared the album of the year.

In March 2018, Senidah released her solo trap single “Sladjana” in Serbian to lackluster success. However, after being discovered by Serbian rappers and producers Reksona and Coby from the Belgrade-based hip-hop label Bassivity Digital, she accepted their offer to re-upload the music video to their official YouTube channel.Soon, “Sladjana” went viral and has accumulated more than fifty million views. Senidah successfully continued collaborating with Bassivity, through which she released her following single “Belo” in June. She was also featured on “4 strane sveta” by Coby as part of the soundtrack to Serbian movie “Juzni vetar”. At the last day of the year she released two more singles, titled “Bez tebe” and “Nisi bio tu”.

In January the following year, Senidah won the Hip-Hop/Rap Song of the Year Award with “Sladjana” at the 2019 Music Awards Ceremony. In March, she released a single in English, titled “Ride”, under Universal Serbia, which had been recorded a couple of years prior. Her debut album, “Bez Tebe”, was eventually released on 25 March, entirely in Serbian.

On 21 April, Senidah performed at the Bassivity Showcase event in Belgrade Sports Hall, alongside Bassivity Digital collective. Senidah released “Misici” and “Sve bih” featuring Atlas Erotika for FCKN A! in April and May, respectively. The former one saw great success, counting more than sixty million views on YouTube. That summer as a part of her tour, she also performed at Exit Gang and Sea Dance Festival. In July, she co-wrote Đogani’s single “Dodiri”. On 9 August, she released “202”, again in English. In mid August, media started the rumour that Senidah was internally selected to represent Slovenia at Eurovision Song Contest 2020; however, the rumour turned out to be false.

On 15 August, a new single “Kamikaza” by Bosnian rappers Jala Brat and Buba Corelli was released, featuring Senidah. The single was great commercial success, charting on the Ö3 Austria Top 40. On 26 September, Austrian rapper RAF Camora posted a snippet of his upcoming collaboration with Senidah on his Instagram story. The song, titled “100%”, was released on 28 November, alongside the music video that was shot in Barcelona, Spain. It peaked at number 3 in Austria and debuted at 28 on the Official German Charts on 6 December, becoming the first song in Serbo-Croatian to achieve that.

As of January 2020, Senidah is the first musician from the region to reach 700,000 monthly listeners on Spotify. On 27 January 2020, she performed “Misici” live at 2020 Music Awards Ceremony, as well as presented Oliver Mandić with the Career Achievement Award. Later in the night she won two awards herself, the Trap Song of the Year Award for “Misici”, presented to her by Jelena Karleusa, and a special Golden MAC for Authenticity Award that was awarded to her by the organizers’ choice.

Despite the fact she denied it at the Music Awards Ceremony a month before, Telegraf reported in late February that Senidah collaborated with Bosnian musician Dino Merlin on a song. According to the media, Merlin wrote the song and they shot a music video in Istanbul. However, Senidah denied the rumours once again on Instagram Live. On 1 March, Senidah released the music video for “Samo uzivaj”, shot at the Faculty of Pharmacy at the University of Belgrade. On 12 May, she released the music video for “Ko je”, directed and produced by the singer herself. The video was shot at the streets of Ljubljana, deserted due to the COVID-19 pandemic. Three days later, she released her new single “Pijes”. In August 2020, she released new single “Viva Mahalla”.

Senidah started her 2021 by releasing “Dodji”, her highly anticipated duet with Dino Merlin. 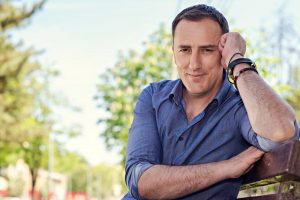 Sergej Cetkovic is one of the most popular a Montenegrin singers. He was born on March 8th, 1976 in Podgorica, Montenegro. He made his first contact with music when he was only seven years old. His first appearance was as a member of the youngest Montenegrin group at that time called Vatrena srca. […]