Tose Proeski is undoubtedly one of the brightest stars on the Balkans called often the “Balkan angel”. Unfortunately, 11 years ago he lost his life in a tragic car accident in Croatia. Although he left this world so young, only at 26, he left a huge legacy through his numerous songs, each one can be described as a true masterpiece. Although he is no longer among us, he remains one of the most popular and certainly the most beloved performers in all countries in former Yugoslavia and also on the Balkan Peninsula.

On November 2  a concert in honour of Tose Proeski was held in Boris Trajkovski Arena in Skopje. The event gathered on one scene some of the biggest artists in the Balkans who performed his songs. Among the stars that emerged were: Karolina Goceva, Tamara Todevska, Tijana Dapvecic, Boris Novkovic, Frajle, Vlado Kalember, Bojan Marovic, Anja Rupel, Daniel Kajmakoski, Aleksandar Tarabunov, Antonia Gigovska, Aleksandra Janeva, Naum Petreski and others. The spectacular concert also featured a Bulgarian representative – Kalvdiya, an artist of the new label L2 Music. The concert was organized by the Tose Proeski Foundation and was donated for charity.

For more than three hours  artists from Macedonia, Serbia, Montenegro, Croatia, Bosnia and Herzegovina and Bulgaria performed live Tose Proeski’s songs with the virtuoso band in front of the wild applause of the enthusiastic audience.

The concert was not only very spectacular, but also endlessly emotional. Many of the artists who knew  the great Tose Proeski did not hide their excitement from touching the talent of the talented singer and the audience’s interpretation of the emblematic songs.

For the first time on the stage was also Kristijan Risteski, Tose Proeski’s nephew, who seems to have inherited the talent of his famous uncle. He performed on stage the song “We Are Blood”, which has not been released so far.

On the concert the new Tose Proeski’s album “Secret Place”, which includes new songs unreleased songs was presented. This was the project that Tose Proeski has been working on in his last terrestrial moments, along with popular producer Andy Wright, who has created his previous English-language album “The Hardest Thing “. 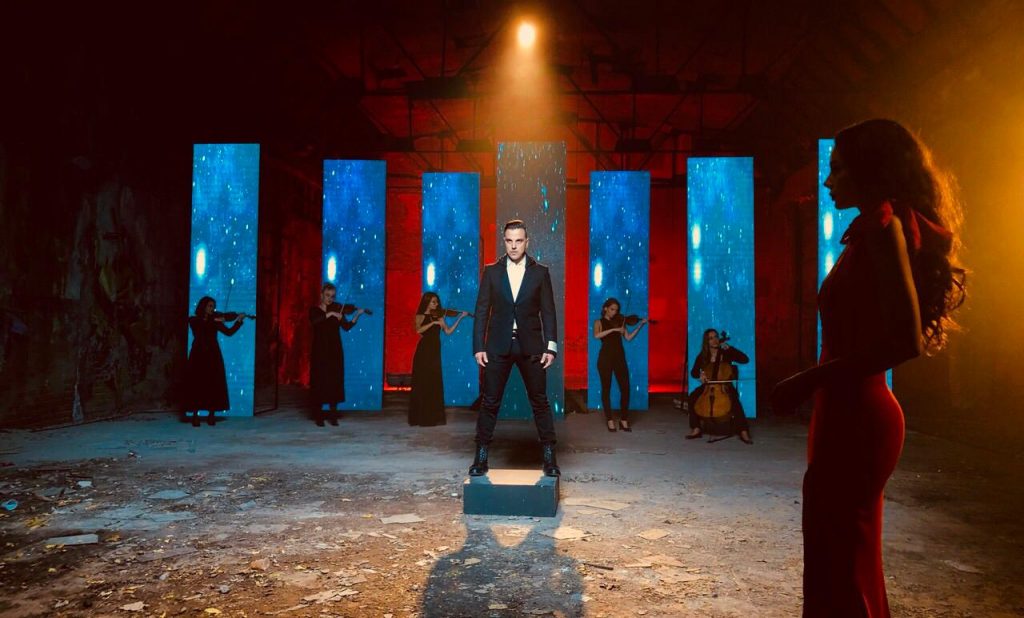