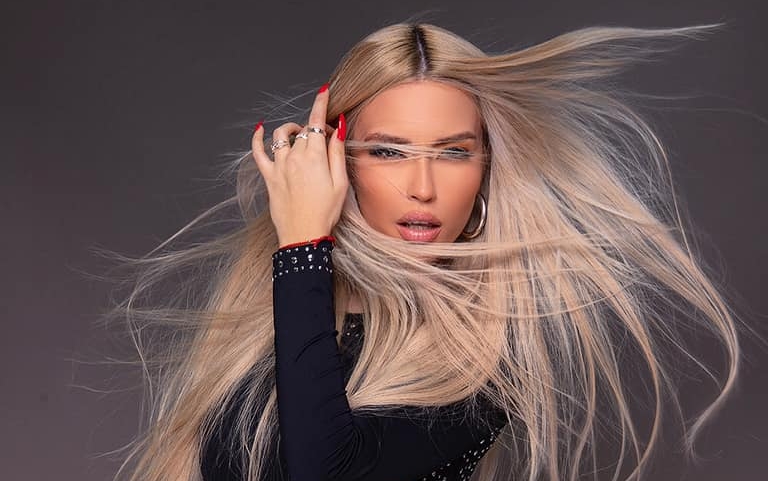 Hristina Hristova, better known as Tita, is a Bulgarian pop singer and model. She became famous after her participation in the X Factor format.

She was born in Tutrakan. Shee lives with his family in Silistra and studies at the Peyo Yavorov language high school in the town. Graduates in 2018

In 2014, Tita participated in the Bulgarian reality show The X Factor, appearing as a soloist, but later the judges formed a female group with her, GerY-Nicole and Michelle Straminski, called “Sweet 16”.

On October 6, 2016, she became the first artist to sign a contract with Krisko’s music company – Adamand Records. Her first song was “Voodoo kukla” and she was in a duet with Krisko.

Her song “Kasay” was released on May 19, 2017. A few days after the release of her second song, Tita was invited to star in the web series “Sledvay me”. She plays Bella, a country girl who moved to Sofia and faced problems at the new school.

On January 21, 2019, he released his collaboration with Boro First, The Backseat. In 2019, Tita participated in the seventh season of “Your Face Sounds Familiar”. On June 30, 2019, her song “Parva sreshta” was released. On July 24, 2019, her collaboration with Papi Hans “Ti gonish” was released. On August 2, 2019, “Moyata pesen” was released, which is common with all participants in The Coca Cola Happy Energy Tour 2019 (Mihaela Marinova, Mihaela Fileva, Eva Parmakova, Yoana, etc.). On October 6, 2019, the song “Parviyat chovek” was released, which is part of the singer’s debut album.

On January 10, 2020, the second song from her album was released, entitled “Minimumat” with a video.

On May 1, 2020, Tita launched its limited series of “antilopa” sneakers in collaboration with Runners.

On May 9, 2020, her ninth single “Vivaldi “was released, in collaboration with Boro Parvi.