Ina Gallardo is the newest face of pop music in Bulgaria. She attracted the attention of producers from Adamand Records among more than 700 people who appear on the casting. Her musical talent is highly valued, but Krisko’s team gives her a challenge called “the change”.

Ina Gallardo ‘s path to her debut song “Sexbomba”, which you can now watch on music television and online, was not easy at all. Within 1 year, the hot pop singer has come a long way in changing and preparing for the professional music scene. She works hard to lose weight, shape and tighten the body, her stage presence, acting, motor skills and dancing skills.

Today Ina Gallardo has lost 10 kilograms and is in her best physical shape so far. So he proves that he is a real fighter. It confirms this definition with another successful change. The shy behavior she shows in her first test shots and work with the camera has today become a sophisticated tool, suitable only for a real young pop diva.

Ina Gallardo ‘s real name is Hristina Grigoriadou and she turned 21. She was born in Greece, but at the age of 5 she came to live in Bulgaria with her mother.

Hristina grew up in the town of Pravets, far from the lights of the big city, but her musical education took her to Sofia. She is currently a third year student in Business management. Her choice of this educational program is quite deliberate, because she believes that a person’s musical talents are nothing without their proper “serving” on the music market.

A few years ago, Ina Gallardo participated in the musical reality show “X Factor”. Then her mother applied for her in the show, because Kristina was convinced that everything is set up and only “people with connections” succeed. She didn’t make it to the big concerts, but after a while she realized that her mother was right when she told her that the most important thing is not to be afraid to try, not to give up, that when you have talent, it is necessary just the right people to see you and that not everything in this life is “connections and money”.

After several offers to work with major music companies in Bulgaria, Ina Gallardo chosed to work with Adamand Records because they are the only ones who show her that there are no impossible things and because they are the only ones that made her outdo herself and even jump higher than she ever thought she could. Within a year, Hristina Grigoriadu changed her lifestyle, she fully understood what hard work means and today she is proud of herself and the person she has become. 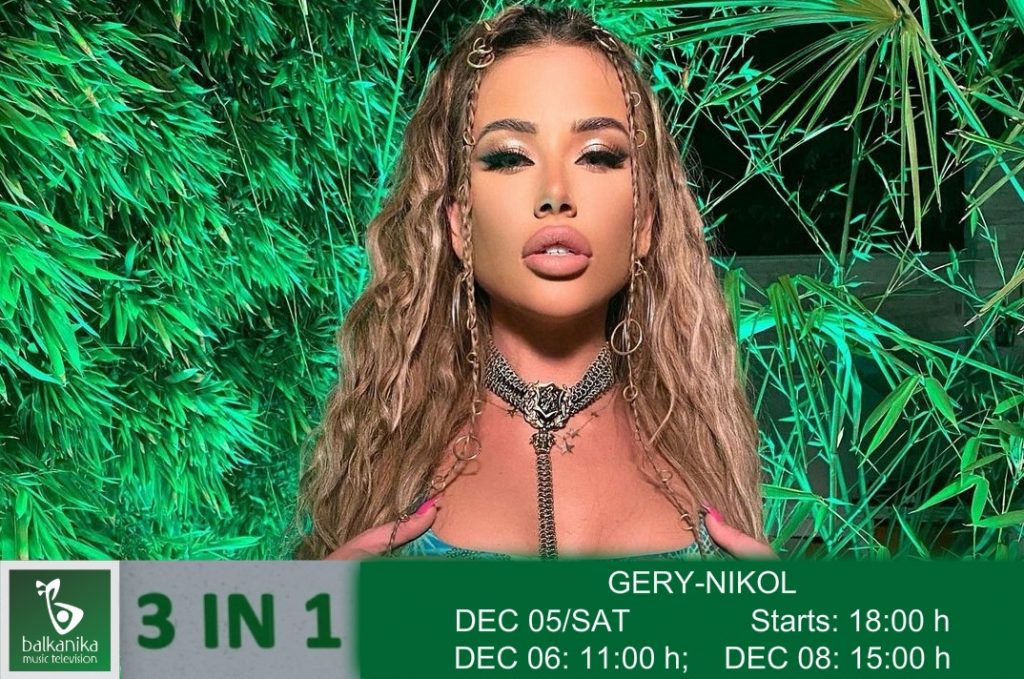